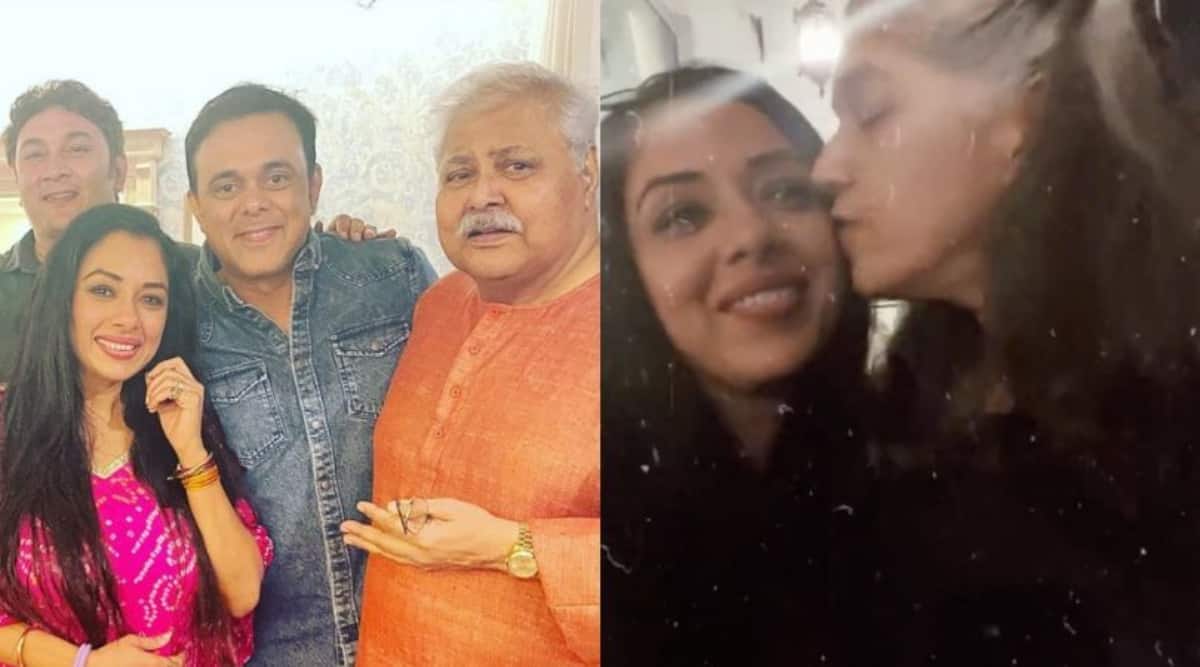 The solid of the enduring sitcom Sarabhai vs Sarabhai had a reunion on Wednesday. Rupali Ganguly, who performed the function of Monisha, shared a photograph on her Instagram account, that includes Satish Shah, Sumeet Raghavan, Rajesh Kumar in addition to the director Aatish Kapadia. She additionally posted a video, the place she launched everybody to Ratna Pathak Shah, who performed her mother-in-law Maya on the present.  The video featured Deven Bhojani, who was Dushyant on the present.

Rupali, who’s now performing within the sequence Anupamaa, captioned her photograph, “I really like them. Extra pics arising!” She additionally performed a fast stay session, the place she launched her ‘most favouritest household, essentially the most valuable household’. Satish Shah hugged her and mentioned, “I really like her.” “Mummy say hello”, she previous Ratna, who asks to whom? She will get a kiss in return. Rajesh Kumar did his trademark ‘whoopee’, which he used to do continuously as Rosesh from the present.

Rupali additionally launched her followers to the higher halves of the solid, together with Rajesh Kumar’s spouse, Madhvi Chopra. She talked about that she was so excited to satisfy all of them, after so a few years. Followers had been overjoyed and commented on the video, asking whether or not the present would return for a season 3. Others wrote that they’ve been watching Sarabhai vs Sarabhai after ‘binging on Anupamaa’. Rajesh additionally shared a video the place all the solid sings Sarabhai vs Sarabhai’s title music.

Sarabhai vs Sarabhai chronicled the adventures of Maya and Indravardhan Sarabhai, and their sons Rosesh, Sahil, who’s married to Monisha, a lady too ‘middle-class’ for his mom’s tastes. The present focussed on the fixed hilarious battles between Maya and Monisha. The sequence returned for a brief season in 2017, however it was no match for the unique sequence in 2006.

Previous Apple bans Fortnite till appeals are exhausted in lawsuit
Next Days Earlier than Germans Vote, Merkel Is The place She Didn’t Need to Be: On the Stump